This  morning Shelbi, Lindsay, and Hayley helped Englebert with making burgers for the prison ministry. Lindsay, and Shelbi helped cut onions, and prepped the meat. And Hayley helped package up the boxes and deliver the food to people. All the money that was raised from the food truck goes to the prison ministry. It was so much fun! We sold over 250 hamburgers and they were delicious!

We spent a majority of the day painting the newly built kids wing of the church here in Puerto Peñasco. You might think that painting a church with no AC in nearly 90 degree weather wouldn’t sound fun, but we had a blast! When we were done people had paint all over them, Michael had a nice paint Mohawk and Miles had a stylish blue beard. There was only one ladder, so to tape one of the ceilings I hopped on to Paco’s shoulders and we busted it out! By the end we had two freshly painted blue classrooms! It was a great reminder that ministry can be done in many ways, and that God can use a task like painting to do great work!

After painting and eating delicious hamburgers from Englebert we went to the Mission Center to get ready for the conference. Hayley and I went upstairs to pray for our workshops, and for the Collide Conference. When the people showed up at Peñasco Christian Fellowship, the students greeted the youth with handshakes and kisses on the cheek (this is part of the Mexican culture). After greeting the people of Peñasco we gathered together in the sanctuary and played Four Corners hosted by Miles, Elijah and Heidi. The kids had a lot of fun and were very friendly with all of the NWLC students and staff. After the game, the band led us in a beautiful time of worship. We would sing songs in Spanish and then in English.  When Heidi sang her parts in Spanish, it made me realize that God works in us how ever we best are reached. When I looked around the room and saw all of the kids worshiping in their language I was in awe of how God was working in the tonight. After worship, Shelbi spoke on making God first before anything of the flesh like our desires, hopes and material possessions. She had challenged the youth to go to the front and give God their idols in their lives at the end and usually the people in Mexico aren’t very responsive during these kinds of activities but 4 people went up front and a few people got to pray for the youth. Hayley and I did a workshop on fear and worry. Then we went to Poblanos to eat yummy tacos. It was a great third day. 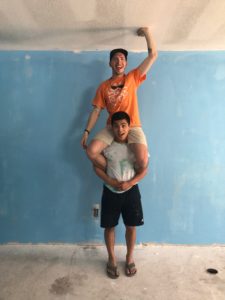 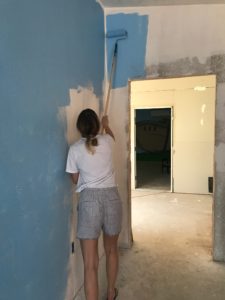 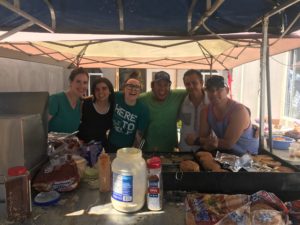 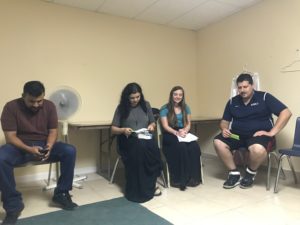