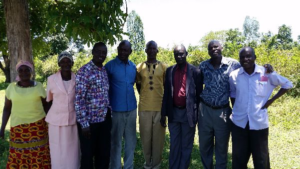 This morning over breakfast that meeting happened. It turns out that the consultant and two of his colleagues also here today just happen to be connected with organizations such as USAID. The consultant from Kosovo also has a wealthy successful friend back home with a construction company that is interested in establishing a footprint in Kenya. This friend just happens to drill water wells and the consultant believes his friend would consider drilling water wells for SOHI at reduced cost. The consultant invited David to join his seminar for the morning where they could have further conversations about the potential of working together. David just happened to accept the consultant’s invitation.

Strategic partnerships can be very valuable to SOHI for ministering here in Kenya. It appears that God is a master of “just happened.” He tells us we don’t have because we don’t ask. Would you please “just happen” to pray for a fruitful outcome from our new friendships?

After breakfast, Elisha picked up Harry and met Pastor Michael at Pastor Samuel’s church for a meeting with the spiritual development committee. It was a fruitful meeting and many things have been identified that can be provided to assist the pastors here in Kenya. Anyone interested?

The day ended shorter than most but with much hope for the future. Keep praying. Only a few more days left and it’s a wrap. 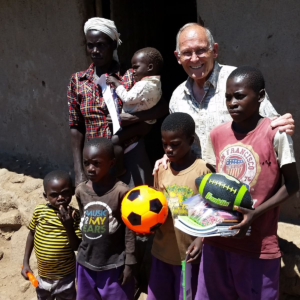