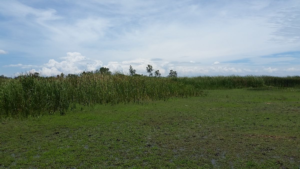 But you didn’t ask me!

Around 2003 the African Development Bank and the Government of Kenya, using foreign money, began construction of an irrigation water distribution network between Adiedo and Homa Bay. It took around 10 years to complete the project. Visiting SOHI team members have seen parts of the concrete distribution network near the highway when driving around on ministry.

This morning Elisha, Michael, David, and Harry drove through the area looking for land that SOHI could possibly lease for farming purposes.

Remember the high emphasis that SOHI continues to place on “mindset change?”

I asked Elisha why the people were not using the water as intended. He said many are still upset because the government never asked them if they wanted the canal. The government didn’t include them in the process of planning and building the canal.

SOHI is evaluating supply and delivery options of materials to use for mulching and composting for farming God’s way. After looking at farmlands and the irrigation distribution system we drove to a swampy area full of cattails. We also drove into Kendu Bay down by the lake. The government is working there to remove from the lake an invasive weed like water hyacinth. They take dump truck loads of the weeds away and dump them on land where the owners will agree. It is a resource — going to waste. 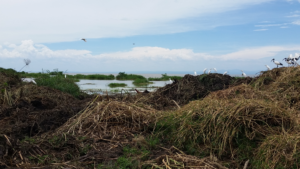 It was a good day. There was lots of laughter among the four of us. Of course, there was also teasing about looking at farmland driving around in a really nice vehicle with a Mzungu (white foreigner) along. Pastor Michael will revisit people in future days on his motorcycle not looking so wealthy so that he can negotiate a fair Kenyan price. 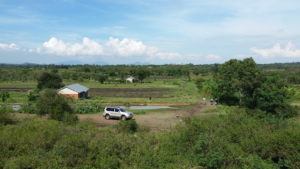