6:30am-Right to work to set up for the church yard sale. Just like in the US, people started showing up before we could get things on the tables.  Everyone worked well together to get the sale moving smoothly. 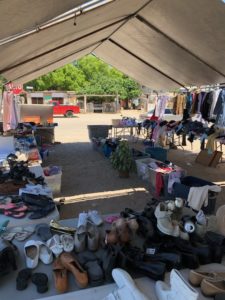 9am – After a delicious breakfast, five of us (Nick, Jody, Schuyler, Hannah & Jim) stayed at the church to do a car wash. During those six hours, we washed cars, trucks, a 4 wheeler and a bus. And, Nick learned how to start a car with a rock (you should ask him about it).

The rest of the group headed to Two Fish ministry. It would seem that our previous night’s activity of passing out invitations was a huge success, because there was a huge turnout! Our kids played games with children of all ages (baseball, soccer, hula hoop, & face painting). Then they handed out bags of goodies (crafts, crayons, coloring books and candy). As the kids were doing the crafts, Charlie gave a message with his story, that translated by his new friend Angel (the man we had prayed for the night before). Such a cool moment! After the message, we served chicken alfredo that chefs from a local restaurant had prepared. 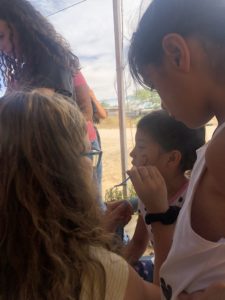 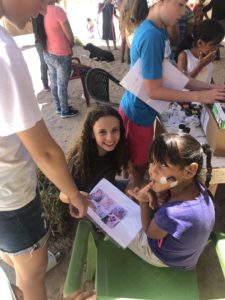 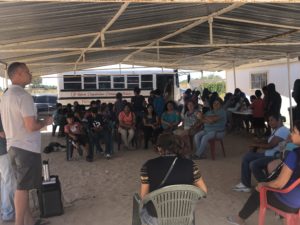 All this time, Conrad was preparing and selling a chicken with potato lunch. They really know how to do a fundraising!

3pm-The groups were reunited back at the church. At this point, everyone was exhausted but we knew we still had another full day’s work ahead. Instead of complaining, we laughed. You know the kind of laughter that only comes out when you are so tired but so filled with joy, that there is no other choice.

4pm-Put away the garage sale stuff and handed out invitations to the neighborhood for the night’s open street service.

7pm- The outdoor outreach service began. It was cool watching people walk or drive listening and watching our service. We sang worship songs, Jody and Jim gave their testimony and Charlie preached. After service, dinner of delicious tostadas was handed out to everyone who attended. Then it was time to take down the tents and put away the chairs. 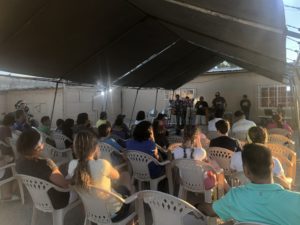 9:30pm-Arrival back at the mission center.

Today tested our limits. But no one gave up nor did the Holy Spirit.